Browser, language and page visits only. 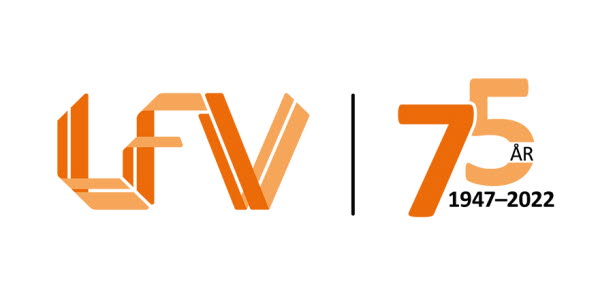 This year, LFV turns 75. We have delivered safe, efficient and environmentally sound air navigation services in Swedish airspace since 1947. Between 6 and 12 October, we will celebrate 75 years of air traffic control and associated services.

“We are an important part of society. Twenty-four hours a day, all year round, our air traffic controllers direct air traffic Swedish airspace from towers and control centres and make Sweden accessible, both within the country and to the outside world”, says LFV Director General Ann Persson Grivas.

A lot has changed since 1947. Air traffic has increased from just a few hundred movements to around 600,000 movements per year today. Air traffic technology has developed in parallel with the increase in traffic, A number of systemic changes have been made to the airspace structure and flight paths, all to make Sweden's air traffic more efficient, and in recent years, drones have become a new addition to Sweden's airspace.

We apply our expertise in various alliances and organisations to improve the efficiency of our airspace. Just today, 6 October, there will be a drone flight between Linköping and Norrköping in a collaboration between LFV, Linköping University and the company IBG to show the benefits drones can offer society.

LFV was the first in the world to offer Remote Tower Services (RTS) when we inagurated RTC Sundsvall in 2015 at Örnsköldsvik Airport, which was the first airport in the world to use this concept. We have continued to move towards greater efficiency in our air traffic control services by introducing remote tower services at Kiruna Airport and Åre Östersund Airport.

Of course, climate change and the environment are critical issues for all of humanity. We must reduce our dependence on fossil fuels and reduce carbon dioxide emissions, and the air traffic control sector needs to do its part.

“Since more than ten years ago, as an air traffic control service provider, we have been offering airlines direct flight paths within Swedish airspace. This means that the flight does not need to navigate using aviation beacons on the ground, GPS technology allows flights to take the most direct and shortest route over Sweden. By taking environmentally friendly approaches, we reduce the environmental impact and noise when the plane approaches for landing, and we train our air traffic controllers in ecodriving in the air”, says Ann Persson Grivas.

In autumn 2009, the swedish parlament decided that the airport operations would be transferred to a wholly owned state company, Swedavia. Until then, LFV had been both an airport owner and air traffic control services provider. The proposed separation was a prerequisite for introducing competition to local air traffic control services, and on 1 April 2010, the division became a reality.